The 9 Most Common Selenium WebDriver Mistakes 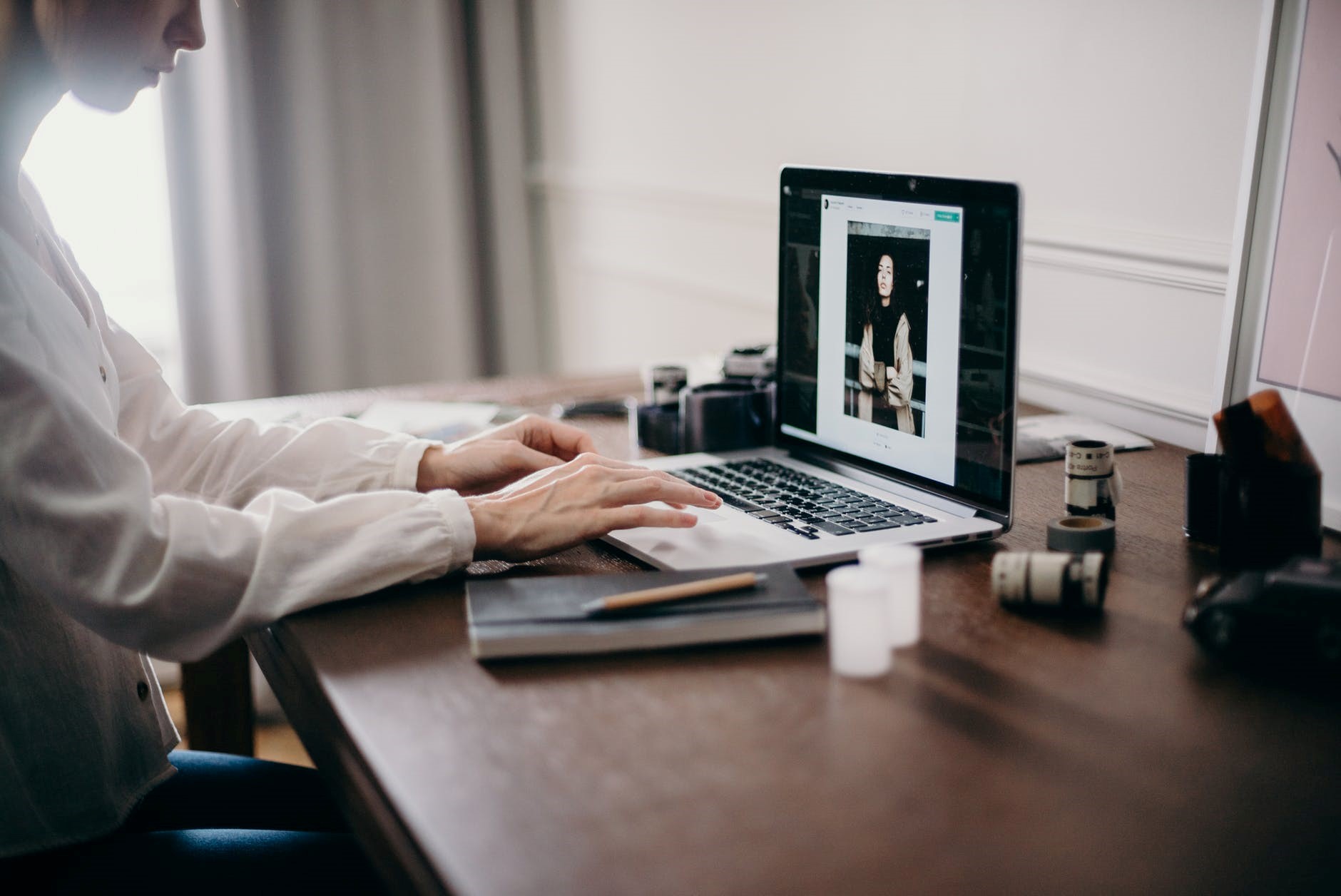 All web application developers should be well-versed in Selenium. It is an open-source, automated testing tool. Selenium automation testing is the typical term used to describe a test run by Selenium. You will get to know all there is to know about Selenium testing and, specifically Selenium  WebDriver in this article. The WebDriver is one of the most crucial parts of the Selenium test suite family is Selenium WebDriver. Let's start with some Selenium fundamentals, however, before delving into Selenium WebDriver.

Selenium is an open-source automated testing framework, and is also free. It is used to verify web applications across many browsers as well as platforms. Selenium Test Scripts may be written in a variety of computer languages, including C#, Java Python, among others. To put it simply, Selenium testing is the basic term that is used to describe a type of testing that is carried out using the Selenium testing tool.

Unfortunately, manual testing, which is an indispensable step in the development of applications, has numerous drawbacks, the most significant of which is that it is a tedious and repeated procedure. Jason Huggins, an engineer at Thoughtworks, made the decision to automate the testing procedure to get around these difficulties and to make the task less tedious. He created the JavaScriptTestRunner, a JavaScript software for automating web application testing. In the year 2004, the program's name was changed to Selenium. Selenium automated testing has the drawback of only being able to test online applications, leaving the mobile applications and desktops out in the cold and unattended. However, software and mobile apps may be tested using tools that are readily available in the market.

Let's Examine Some Of Selenium's Benefits.

The fact that Selenium is open source is one of several factors that enhances its benefits. As a result, Selenium is a publicly available automation framework that is open source and cost-free. You may save money and donate it to worthwhile charities, just in case if you want to.

Software engineers and developers often get assistance from the Selenium community in automating web browser functions and functionalities. Because Selenium is open source, you may modify the code to ehance code management. This will also improve the functionality of built-in methods and classes. Considering how simple it is to create test scripts to verify functioning, Selenium has emerged as the most trustworthy web automation technology

Selenium automation is a technology and a framework that is relatively simple to use. With a user-friendly interface, Selenium makes it easy and efficient to write and run the test scripts. Tests may be seen while they are being conducted. Selenium test results may be thoroughly examined and followed up on. Last but not least, you will never feel lonely. You may always get support from the sizable Selenium community if you need it. In the neighborhood, you may pose your questions and conduct brainstorming sessions. Your automation solution must support every operating system since different users use different browsers.

In spite of all the shortcomings, Selenium is a very portable tool. It supports and functions on a variety of operating systems, including Linux, Windows, Mac OS, UNIX, etc

Selenium test suites may be built on any platform, like Windows, and executed on another, such Mac or Linux. As a result, developing test automation scripts for software is made easier for developers and testers without having to pay as much attention to the platform that will host the scripts.

The testing lifespan depends on the test management methodology. It is easier and more productive to use Selenium capabilities like test case regrouping and refactoring. This reduces redundancy, makes things easier, speeds up code changes for testers, and improves maintainability. These features provide Selenium more flexibility and usability compared to rival automated testing methods, which helps Selenium keep its competitive edge.

Complex, 100-page algorithms are not the same as Selenium scripts. Making a Selenium script just requires a few lines of code to automate the features of your website. The information on the Selenium website may be very helpful for developers and testers to get started with Selenium automated testing. Because of the constantly growing community, Selenium training, testing, and development assistance are all readily available.

Using the record and play functions of the Selenium IDE Firefox plugin, you may write Selenium scripts for later use.

What Is Selenium WebDriver?

Web application testing is carried out using the open-source Selenium Webdriver suite of APIs. In order to determine if a web application performs as intended or not, automated testing is done using the Selenium Webdriver tool. It mostly supports Firefox, Internet Explorer, Chrome, and Safari. You may also carry out cross-browser testing thanks to it.

You may also use a programming language with WebDriver to write your test scripts (not possible in Selenium IDE). Now you may utilize conditional procedures like switch-case and if-then-else. You may also use looping techniques like do-while. Selenium WebDriver is a tool that is used for testing web applications that written in various programming languages across various browsers.

Because WebDriver enables you to use a programming language of your choosing when creating your tests, you can now create tests that are strong. Due to its simplified design, WebDriver is quicker and it has an API  that is shorter and speaks directly to the browser. HtmlUnit may be supported by WebDriver.

WebDriver only has the following drawbacks:

For testing web-based applications, it is one of the most well-liked Open-Source tools and is simple to use. You may test the compatibility of several browsers with it as well.

Well, let’s get this straight, Selenium WebDriver has more benefits than drawbacks. However, it is crucial for QA engineers to make an educated decision before selecting the project's ideal framework.

The following are some possible Selenium WebDriver drawbacks:

By using cloud Selenium Grid for test automation, where Selenium tests may safely run at scale and do so quickly, you can, however, overcome the aforementioned problems. Cross-browser testing tools like LambdaTest provide an online Selenium grid that is safe, scalable, and dependable and enables you to perform Selenium tests concurrently across more than 3,000 different browser and platform combinations.

We will go in-depth on how to run Selenium tests concurrently on LambdaTest cloud Selenium Grid in the next portions of this Selenium WebDriver tutorial.

What Is An Exception?

Regardless of the language used to produce the code, "exception" is a common word used by software developers. The term "exception" refers to an exceptional occurrence or rare circumstance that interferes with the typical course of a program's execution.

The occurrence of exceptions, which signal a pause in the program flow, may be caused by a number of influences. When an exception occurs, an exception object is produced that includes debugging details such the line number, the kind of error, and the method hierarchy. "Throwing the Exception" refers to the act of creating the exception object and transferring it to the runtime environment.

The Exceptions may be broadly divided into two types: Exceptions that are both checked and unchecked

The 9 Most Common Selenium WebDriver Mistakes

Every Java application and Selenium script must have exception handling. By managing exceptions wisely, we may create resilient and ideal code. Moreover, handling exceptions in a script is recommended since it will improve your report when a program fails for any reason. Here, wehave attempted to cover some of the exceptions, which must be used in Selenium scripts.

Keep in mind that using a try-catch block to handle exceptions is not always required. According to the need in a script, you may also throw an exception.As they disrupt program execution, exceptions shouldn't be disregarded. In this course, we covered a variety of exceptions and strategies for lowering the likelihood that manual checks and coding would uncover them. Waits may be added to control situations such as "NoSuchElementException," "ElementNotFoundException," and "ElementNotVisibleException."

You can run end-to-end automation tests with the LambdaTest Selenium Automation Grid on a dependable and safe, scalable Selenium infrastructure. With Selenium scripts, you can automate cross-browser testing across 3000+ browsers, operating systems, and environments, resulting in an amplified test coverage and much faster build times. You can also easily assess how effectively your web application renders using a range of different browsers with the aid of LambdaTest. Using LambdaTest Tunnel, you can test your locally hosted web pages across many browsers automatically. A single test might potentially be executed concurrently on several browser and OS setups.