10 Pros and Cons of Angular Development 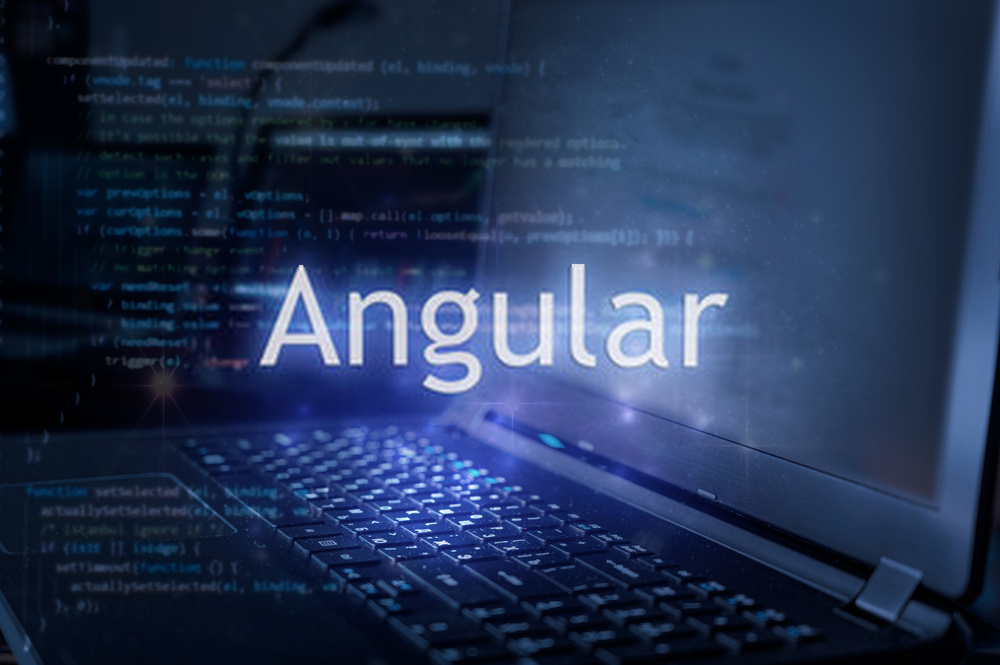 What are the main pros and cons of using Angular (also referred to as Angular 2+) as a frontend web development framework? It's a great question to ask before jumping into any new technology or framework. Most of the questions technology managers or directors are interested in revolve around understanding the benefits that Angular can bring to their teams from a technical as well as a non-technical perspective.

From my experience working in a bespoke software development company with highly technically skilled colleagues, I learned that each technology has its own strengths and limitations and it often depends on the dev team’s passion and successful collaboration to create amazing high-quality software products. Having said that, let’s dive into the main pros and cons of Angular development.

The first and one of the most prominent advantages of Angular is that it is supported by leading world tech giants and is part of the so-called MEAN stack, a robust open-source community. M stands for MongoDB (a non-relational type of database), E is for Express, a minimalist backend web development framework, A is reserved for Angular, and N comes from Node.js, a runtime environment.

Being part of this MEAN stack means that you have an existing ecosystem, which is always beneficial. Additionally, you get access to an enormous community as these are among the top technologies and used by engineers. With such a strong community, you receive lots of training materials, participate in discussions and third-party tools to embark on using Angular. Plus, you easily find a problem-solving strategy or a ready solution to your issue.

If you or your team need to support production applications, you know the importance of consistency and why it leads to better maintenance. What does Angular offer in terms of consistency? Well, the entire framework is based on components with the same beginning. Moreover, Angular documentation includes a style guide that teams can use as a starting point to improve consistency across projects. Whether you are a CEO, manager, team leader, invest the time to create a team-specific style guide for each framework used.

Angular also offers a CLI (Command Line Interface) tool with which you can create initial projects, add various functions to an application (components, services, etc.), run tests, run builds, generate Lint code and much more. This is a great team foundation for improving consistency between team members and even multiple teams within an organisation.

Generally, Angular developers don't have to stress too much over specific components and services as they essentially look the same. Reusable application code is stored in classes, TypeScript ES6 subsets organise associated functions and enable the code to be self-contained and self-responsible. Data is passed to components using output properties. Once you understand how to write one component, you can write another using the same general guidelines and code structure.

In editors like VS Code and WebStorm, you have access to robust code editing features by IntelliSense as you type, making it easier to identify types and the functions they offer. If you use TypeScript interfaces, you can even get code help for the JSON data returned from calls to a backend service. This is especially helpful when diverse data/model objects are used and edited by developers.

Essentially, Angular structures your code into modules and the whole modularity system is called NgModules. This means that components, instructions, services or pipes need to be organised in one or multiple modules. If you have experience with spaghetti codes in your company, working with Angular and TypeScript is very refreshing. They organise app functionality and break it down into functions and reusable sections. Modules also offer many other benefits, e.g. slow loading when one or more app functions are loaded in the background.

Different teams within your company can develop multiple NPM packages for Angular so that other dev teams can use those features. Modules can be used to increase application order, much like packages and namespaces in other programming languages ​​or frameworks like Java or .NET. We at Dreamix consider that having a deep understanding of Angular modules and libraries and how to use them is essential to successful deployment. As soon as a team learns to develop modules accordingly, the benefits of task division, code consistency, productivity and maintenance unfold their full effectiveness.

Angular is used to support some of the largest Google applications, which makes it a scalable framework and also receives solid support behind the scenes to keep it stable and lean. In addition to this, Angular’s code consistency also makes it easier to maintain.  If you are a developer yourself, you understand the importance of consistent and easy to maintain code.

However, Angular provides a very clear way of writing code, which ultimately leads to simplified maintenance. And when contacts go on vacation (or change jobs), colleagues can easily fix errors they find or process change requests without further ado. For example, using the command npm audit fix looks for code vulnerabilities and helps update dependencies and dependencies’ dependencies as it is important to keep everything up to date.

Since its release in 2016 Angular2+ changed a lot. It began as AngularJS framework and with several major releases along the way, now the current version is Angular 11. This can cause confusion, especially for Junior developers, who might get concerned about application maintenance efforts, developer productivity, handling change requests, framework lifespan, technology pace etc.

Sometimes developers concentrate on learning the latest framework available for months only to find out that a new major release is out. Such an experience might provoke trust issues towards Angular as dev teams feel that they have to constantly keep up with an intense study schedule and resolve possible version conflicts and compatibility issues.

Whoever has written a code once in their life knows that debugging is inevitable when developing an app and it is crucial that the debugging process happens smoothly without causing major frustrations. Sometimes debugging older Angular versions costs lots of hours and energy. As Angular uses lots of dependencies, the debugging process can be difficult because it requires the latest versions of the dependencies. Increase them, if possible, as this will lower security risks and will increase code compatibility.

Plus, always make sure you’re up to date and be part of the community. Thankfully, with each new release (the current stable version is Angular 11) code debugging gets easier. Still, there are situations that make Angular developers frustrated or confused about the real scope that is being debugged right now due to the layered architecture.

Angular is a robust framework to help you develop single-page web applications (SPA). However, as with all SPA frameworks, e.g. Vue.js or React, there is a con when it comes to the app’s SEO capabilities. Search engines still need to see the whole structure and all content of the webpage in the source code to guarantee that it will be properly indexed.

There are some issues that concern the speed of pages or the way they’re being indexed by search engines in Angular. Nevertheless, there are still ways to fix this to some extent. Angular’s server-side rendering (SSR) using Angular Universal can be helpful here.

One more thing about Angular worth considering is that it can be difficult to migrate when new releases come out. Many companies struggle with importing legacy JavaScript or jQuery- based code to Angular architecture. With a very fast and fragmented development cycle with new versions being released often enterprises might find it challenging to keep up with the constant changes.

What is more, each new Angular release can become difficult to upgrade and many of them are not backward compatible. Not to mention the long working hours of the dev team and cost of resources allocated to perform the migration can be considerable.

A potential problem if you consider starting as a Junior Developer with Angular is that you need to gain lots of technical knowledge in advance. For example you need to learn how to create web design with CSS, how to produce effective UI etc. You need to get familiar with UI libraries that offer customisable UI components/controls with PrimeNG before starting a project in Angular

Angular also requires developers to learn how RxJS functions, so they can properly manage states and event sequences. As a framework, Angular really entails lots of moving parts and this can make the development process overwhelming and too complex for a beginner, which counts as a disadvantage. Although starting out as an Angular can be challenging, once you have learned the fundamentals you will be much more confident about Ionic for example, which is a great framework for mobile web development.

Aleksandrina is a Content Creator at Dreamix, a custom software development company, and is keen innovative technological solutions with a positive impact on our world. Her teaching background mixed with interests in psychology drives her to share knowledge. She is an avid reader and enthusiastic blogger, always looking for the next inspiration.

Also Read: How we can retrieve the data in the result set of MySQL using PHP?