Know What Is MicroSaaS And White Labeling In SaaS? What they are developed for? 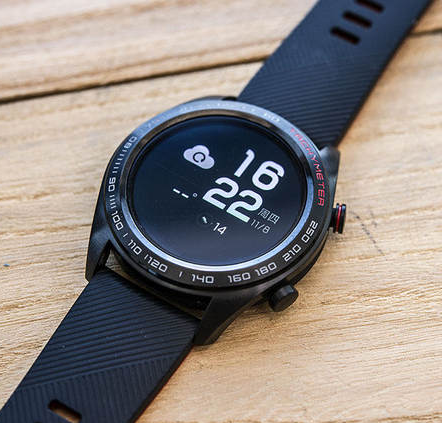 When there comes an issue, there comes its solution too. Or, we can say, that arrival of an issue is always an inventor to a new solution.

In the IT sector, some problems can’t be terminated forever. and such a solution too, can’t be made which can resolve every single bug.

Now, that too is a problem that needs a solution. Why is there no such solution that could mitigate some problems at least forever?

Well, SaaS is a sort of solution which can mitigate some problems for always but would cost you a bit heavy.

However, later it would compensate for the money required for the management of multiple things in the case of tangible hardware and storage resources. Hardware management, qa software testing services, other services and their availability, server management, storage management, etc. that stays as a headache for those who don’t possess SaaS-based services.

What Is SaaS Actually Made For?

SaaS stands for ‘Software as a Service’ which is actually a type or a model of delivery and a child of cloud computing services in which software is delivered to the user via the internet for a particular period of time.

The user has to subscribe for a particular service or a set of services and saves him/herself from arranging the same materialistically because the services arrive through the internet.

The following are the sort of services, served in the name of SaaS nowadays-

The purpose is to not rely upon the traditional means of tangible hardware and get the same on the internet just a click away on the cloud.

SaaS is basically a cloud computing thing, having IaaS and PaaS as its sister services i.e. Infrastructure as a Service and Platform as a Service respectively.

For Tech Blogs write for us category you can forward your article at developergang1@gmail.com

When we talk about a business that requires different resources to work and develop solutions, we talk about SaaS, which could fulfill the requirements in that case.

But SaaS is a solution to such enterprise businesses that are meant to be open for all, has no range for user-base, and is run by not just one person but the entire organization altogether.

MicroSaaS is a smaller entity in which the user base is sort of range bound and the entire idea of the business is usually handled or operated by a single person. Also, there are some other factors that are included in the definition of MicroSaaS by some experts. And the factors are as follows-

The best reason why MicroSaaS are getting more prevalent is that they have the capability to generate revenue even without requiring some capital for its own development.

It has a lot fewer things to keep managed in comparison to the traditional SaaS, however, the latter is supposed to run an entire business and not just one problem.

SaaS Creates Business From A Business

SaaS is such an idea that it has provided an opportunity to create businesses from a business itself. How?

Through White-labeled products or services.

Actually, within the industry that includes SaaS, there exist some manufacturers which produce services or products that are used as software as a service by the consumers.

Let’s assume only, that a game is manufactured by an individual game developer, which is later marketed by a popular game manufacturing company, then the game developed could be termed here as a white-labeled product, patented by a company, and served to the consumers through them.

However, the white-labeled services are different and should not be confused with the example. But here, we understood how a business is created from within a business. And that is what SaaS is capable of doing.

Now to better know what white labeling in SaaS is, we need to proceed ahead consciously.

What Is White Labeling In SaaS?

It is defined by many experts in the way that, if a software is developed by an individual, but rebranded by a company and sold in the market with a revised price, with the brand name, then the software initially provided by the vendor to the brand, is termed as white-labeled SaaS because it can be further revised or rebranded.

How It Is Advantageous?

Well, it is actually a lifesaver not just an ordinary savior. How?

As there are many skills as well as individual developers or artists that are full of knowledge but lack exposure either by their choice or their luck. But they are huge in numbers and they keep on manifesting their skills by bringing everyday new projects or products or software as a service into the market.

They obviously don’t market their inventions but they work as a while labeled SaaS seller and sell their products to the vendor who resells it with the branding done.

Now, for an instance, if we stand against this concept, and do not allow this resell process, those individuals would find it difficult to run their livelihood.

On second thoughts, it is practically saving the time & cost of the entrepreneurs and bigger brand owners by-

Thus, it is a two-way beneficial thing, which has arrived as a millennial solution to the IT world and would not seem to vanish before a hundred years at least.

Conclusively, what is required now, is to keep moving consciously with the advancement in technology because everything if above the level, is harmful to each of us.

Author’s Bio: Scarlett is a technical content writer and is associated with A3logics for over a couple of years. She has a keen interest in AWS Consulting services and is often found struggling with some unique topics for her upcoming projects. She is often found discussing the latest developments with the technical team. When not working on any of her writing projects, she is either reading any of the Agatha Christie mysteries or busy gardening.