How To Choose A Good Android Emulator? 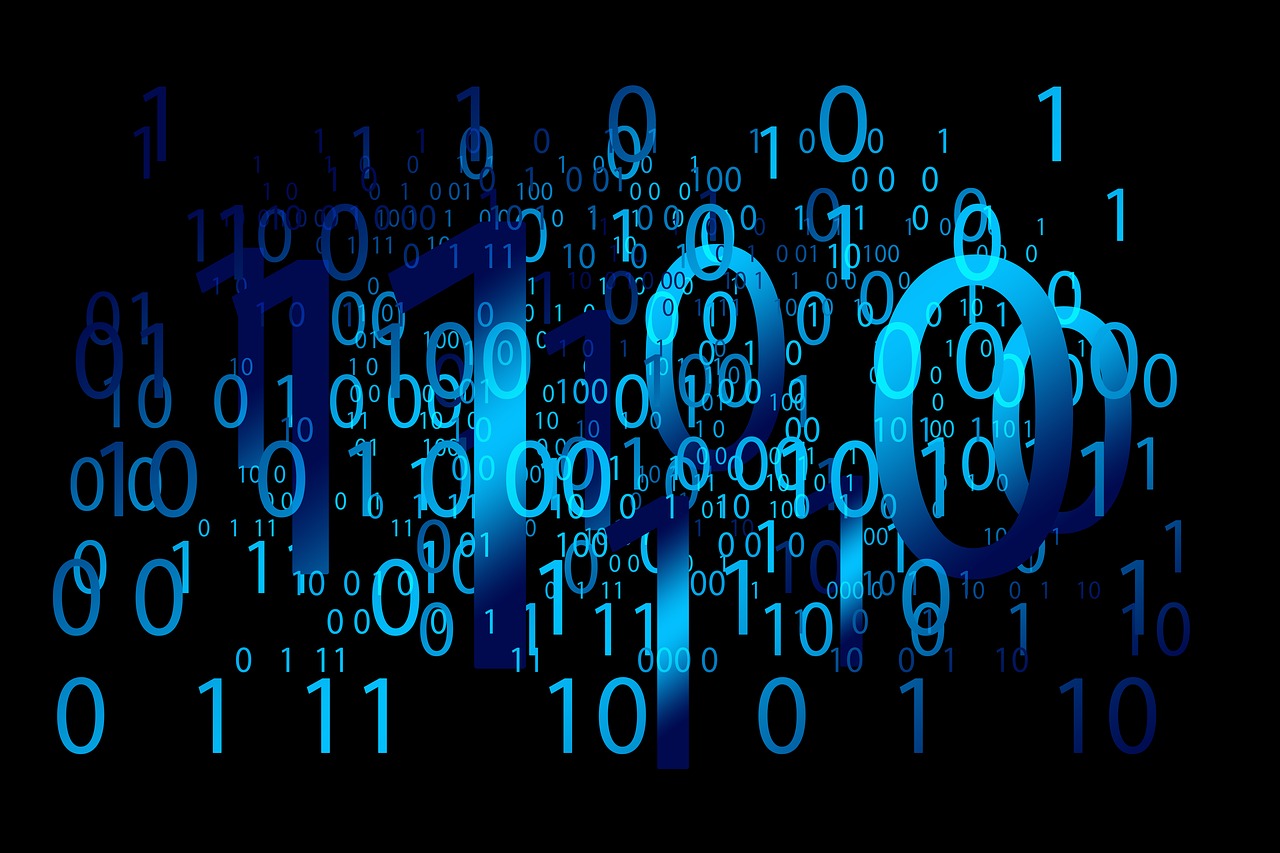 We all get bored, don't we? But, changing phones every now and then can prove to be very expensive. First off, just because an application works on one smartphone doesn't mean it will work the same way on all of them. Second, mobile QA experts employ emulators when it is not possible to perform a test on a real Android smartphone. A virtual testing tool known as an emulator enables PCs to mimic the capabilities of mobile devices. It enables you to emulate different devices, web browsers, and operating systems. How does it function? A unique set of machine language-written instructions is used by all mobile devices. Each family of processors has its own unique instruction set architecture. By translating the target device's ISA and ABI (Application Binary Interface) to the host device, the emulator imitates the target device's CPU. Emulators are well-liked because they are simple to use. You may use a virtual environment to quickly test your current project. For example, UI developers often utilize free Android emulators for fast mockups and rapid prototyping.

If you are confused as to which emulator to pick, this guide is for you.

How To Choose A Good Android Emulator?

Since the launch of the mobile platform more than ten years ago, emulators have been a fixture given how simple it is to create for Android. The system requirements for NES, Atari, and Sega Master System emulators are not very high. They can probably be run on certain calculators. Given the mobility of smartphones and tablets, one of the finest locations to emulate your preferred consoles is on an Android device. Here are a few factors that we took into account while selecting the top Android emulators.

In this segment, we will have a look at some of the best Android emulators that are available in the market.

LambdaTest is a cloud-based platform for testing web application that can outperform any local test execution speed. A variety of Windows and Mac operating systems, as well as the most recent browsers, are available for your selection. With LambdaTest, you can test your application on an online device farm. There are approximately 3000 different devices and OS system combinations available here. It is a cutting-edge, contemporary cross-browser testing platform. For scalable mobile app and browser testing, LambdaTest offers online Android emulators.

Any Android app or web app can be quickly tested on Windows and Mac with LambdaTest. LambdaTest cloud servers also let you immediately upload.apk,.zip, or.app files, making it less antiquated and facilitating quick testing. For testing browsers and apps, you may utilize an Android emulator for Linux in addition to Windows and Mac.

It is especially made to accommodate gamers' demands. The users may play Android games on PCs just as fluidly as they do on Android phones. In the past, Gameloop was known as Tencent Gaming Buddy due to an experiment Tencent ran to evaluate the performance of mobile gaming.

The only organization that creates support software for playing Android games on PCs is Tencent. The greatest Android emulator for Windows 10 or 11 is GameLoop, which supports Android games like Free Fire and PUBG. Users may play Android games on their desktop computers thanks to its specific gaming capabilities. Other than games, it doesn't support any other programs. It does not provide any additional services than running the games without any issues.

Don't take ARChon lightly. It is not an regular Android emulator. It is a Chrome extension or Chrome app that functions as an Android emulator. With this emulator, you may execute Android APKs straight on your PC after downloading ARChon. It is an open-source tool that you can use for nothing at all. It is compatible with Windows, Linux, macOS, and Chrome OS since it utilizes Google Chrome as its user interface. The fact that ARChon is not often updated is one drawback of using it as an Android emulator. Additionally, it is not a complete app.

In addition to this, you may purchase it and alter it to suit your requirements. ARChon is the best option if you're looking for a straightforward Android emulator for Windows 11.

On their PC, gamers may use Nox as another Android emulator. Key mapping may also be carried out via a keyboard, a controller, and gesture controls. Without hardware controller support, the swipe right feature may be assigned to the arrow key and utilized in a game. It's a lot of fun and works quite well most of the time. The fact that it is entirely free and under active development is a positive in this area.

You will need to provide your own ROMs with several of the other Android emulators in order to begin playing. But since MotoCross Challenge is included, GBA.emu operates a little differently. Before choosing if it's time to load up your own collection of ROMs, this might help you get a sense of how the program operates. Also, you may modify the on-screen settings to adjust everything to your preferences.

Don't be surprised to know that GBA.emu not only supports standard.gba files but also ZIP, RAR, or 7Z files, saving you from having to extract files and filling up your Android phone's capacity. There are save states accessible, and with VBA-M, you can quickly transfer those saves from your PC to GBA.emu. Additionally, not all emulators allow you to build unique key profiles or attach a Bluetooth controller. Finally, using cheat codes will give you an almost authentic experience.

There are emulators accessible for PlayStation aficionados, despite the fact that many of them prefer to concentrate on earlier Nintendo systems. Running on the same code as PCSX2, AetherSX2 is one such choice that has swiftly established itself as one of the greatest PS2 emulators available (with permission received from the developer).

For the greatest performance, AetherSX2 advises Android smartphones with a Snapdragon 845 (or comparable) and Adreno GPUs, however this may vary from game to title. The emulator supports widescreen patches, save states, Bluetooth controller compatibility, touch screen controls, and more. Even better, because each of them is modifiable on a per-game basis, it won't be all or nothing.

One of the most feature-rich Android emulators is MyBoy. The emulator does have a free version, but its primary purpose is to let you decide if the full version is necessary for your purposes. Actually, if you use GBA emulators often on mobile devices, you should get the full version only to be able to sync your data with Google Drive. It may be quite helpful to be able to keep your save states on Drive rather than your device's internal storage, particularly if you want to play GBA games on many devices.

Along with the ability to speed up the game by up to 16x and input several lines of cheat codes, the complete version also supports these features. Additionally, you may activate gyroscope/tilt sensor emulation, which makes use of the smartphone's built-in sensors. Additionally, setting up a server for your buddy to join will be a huge plus for anybody who wants to play games with buddies. Alternatively, depending on the game you are playing, you may wish to design a unique screen arrangement.

It is a labor of passion and not just another GBA emulator for Android. Its creator incorporates customer complaints into firmware upgrades in addition to continuously taking input from the Google Play store. See whether Nintendo or Sony perform quality control at a comparable level.

There are no prettier Android emulator user interfaces than Pizza Boy GBA Pro. Even the button layouts, color schemes, and even the use of shaders may all be changed. It has complete inclusion for gyroscopes and tilt sensors, unlike cheaper GBA emulators, so you can play games like "Drill Dozer" and "Wario Ware: Twisted" that make use of such features. Because Pokemon Rom Hacks are so common, you can be confident that both local and WiFi multiplayer are fully supported. Although using the app's capabilities does cost $4.99, it is well worth the money. However, there is also a free version accessible if you just wish to use a few of its functions.

Even more of the Nintendo 3DS's inherent features, including the touch, camera, and motion-control integration, are accessible. The touch screen of a phone or tablet has a comparable feel to that of the 3DS, and in certain circumstances, it may even be easier to operate. In fact, you won't need to pull out a stylus since the majority of inputs react to straightforward thumb pushes. Having said that, don't even attempt to use a phone with subpar specifications to run the Citra Emulator for Android. If you merely smile at it, it will be clumsy, unresponsive, and crash. Although it isn't updated as regularly as other emulators, it is still extremely functional in its current form.

These are some of the top Android emulators, so give them a go on your computer to get a taste of the Android experience. Each of these emulators has unique system requirements. While some of them are little and operate on low-powered hardware, others could take an enormous amount of resources to work correctly.

When dealing with basic chores or needing to test something immediately, virtual gadgets may be useful. They can't, however, perfectly replicate the Android environment. To really assess a software product's functionality and performance, it is always preferable to test it at its final phases on actual target devices.